It can often be the small victories that make your day:  I finally cleaned up a computer virus that was tormenting me.  It’s finally gone.  I am giddy with relief and flushed with triumph.  Well, maybe the triumph bit is going a bit far.  But I am definitely giddy.  Of course that may have something to do with my monthly IV steroid infusion, Soulmedrol coursing through my veins, giving me the illusion that I am Superwoman.

********
I shop for everything online and I need some all occasion cards.  On Amazon there are boxes of every kind of card imaginable.  But a box of thirty sympathy cards?!?  Golly, that is a massacre.  I don’t think I’ve sent thirty sympathy cards in my entire sixty years.  Am I just lucky?  Or thoughtless?

Although it is gorgeous to look at and fun to join in the fantasy, I have never quite gotten the level of hysteria over Downton Abbey, especially when there are three new episodes of smart, elegant and captivting Foyle’s War to relish.   I have always been suspicious of a program where the opening scene of every episode is a dog’s backside.

The top story in the news today is the weather.  Cold weather in February in the Northeast of the United States is news?!?  Have they not noticed a pattern over the past few years?

Does anyone else feel anxiety escalate through the roof when they receive e-mails from Facebook with subject lines that say “Marie, you have 729 new notifications, 332 pokes and 21 event invites”?  I don’t even know what most of those things mean!  Although I do recognize the word “invite”.  And I suppose it would be odd if your e-mail message said “Marie”.  Unless your name is Marie.  So fill in Your Name Here.  But still, despite the fact I love being connected to my wonderful friends, the whole actual process is overwhelming.  Despite my carefully crafted illusion of technical wizardry, I actually am pathetically hopeless.

A word of advice:  it is a really, really, REALLY bad idea for a woman who lives alone to watch a TV series (such as, say, The Fall, for instance) about a serial killer who methodically stalks, breaks in, tortures and murders women who live, you’ve got it: alone.  It will do terrible things to your electric bill as you will subsequently leave the lights on day and night, despite high tech security methods such as the renowned chair-beneath-the-doorknob. 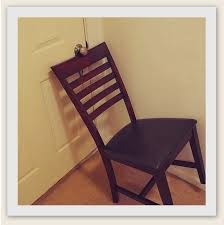 ********
I have been trying to organize and clean out, as I may be moving before too long.  I came across a minuscule, yellowed, wrinkled scrap of newspaper, about two inches by one and a half inches, that was clearly garbage.  To anyone but me that is.  I knew I must have saved it for a reason and reading it, I remembered.

It is years old, maybe twenty, maybe more, and it was from a Times article about Sister Parrish, the eccentric but influential interior designer (she worked for Jacqueline Kennedy and Brooke Astor among many other movers and shakers) .   I apparently just ripped out the bit I wanted, a quote from her that totally hit home.  Literally.  It was exactly how I felt about decorating my own home.  She said, “As a child, I discovered the happy feelings that familiar things can bring – an old apple tree, a favorite garden, the smell of a fresh clipped hedge, simply knowing that when you round the corner, nothing will be changed, nothing will be gone.”  Ironically, I grew up with none of those things, I was raised in New York City.  But the concept of her vision was what struck a chord and it is what I worked to create in my own home.  I wept with joy as I planted my first rose bush, a climber of pale pink cabbage roses, aptly named "Eden", and every year the girls and I created an oasis of flowers in dozens of pots on our patio.  I filled our house with color and light, books and lace, old fashioned furniture and floral patterns.  My sons teasingly called it The Girly House.  But that was ok.  I accomplished what I had wanted.  It felt right.  It felt home.  When we had people over, they always declared they were reluctant to leave. 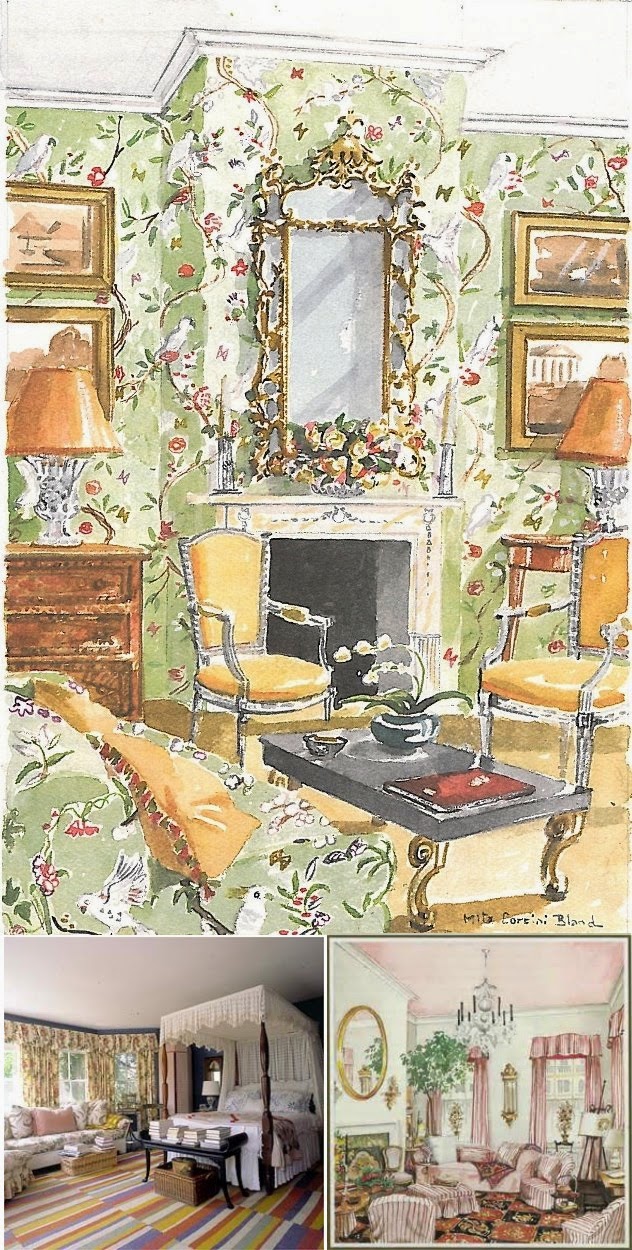 Some of Sister Parish's designs.  Far grander than my home, of course, but it gives you some idea of her style.

Finally, assurance from one of my morning readings:  Never does God’s loving and compassionate eye turn from us.

Did you like what you read? Let others know. Thanks!
Posted by Marie at 2:33 PM

I love your random observations. Your home has always been very feminine, very cozy, very much a reflection of you. Can you share more about your possible move? Not the Big One, I hope!

I guess I'm one of those crazies who follows the dog's butt -- I love Downton Abbey. I tried not to make my home 'girly,' but I know it was. Where will you move? I'm dreading it, but I know we'll be doing the same soon.

Thanks Anne! I love when people tell me that, it is so affirming! And I have always admired the classic and elegant simplicity of your home, which also reflected your personality. :)

Muffie, by no means are you 'crazy'! Who wouldn't enjoy such escapist fare! And who would I be to begrudge or criticize you?!? I do love Foyle's War, though. One raise of Michael Kitchen's eyebrow speaks such volumes! Great plots, great acting, irresistible!

No moves planned yet, however there is a limit to how long you can get away without paying your mortgage. Since my monthly income is now roughly the amount of my monthly mortgage, and approximately one fifth of my previous income, something has to give.

I am exploring any number of programs and possibilities, but the greatest reality is that I will be moving to low income subsidized housing before too long. :(

oohhhh marie, fun little tidbits that have your name written all over them!! you are fun and brilliant, i don't get all the hubbub about downton abby. i watched it twice, i wanted to love it, but i just didn't!!

i recently rid my computer of a virus. well not me, my russian computer geniuses in point pleasant, they did it. i got it from an adobe look-a-like update. they were very familiar with it!!!

thank goodness for those boys!!!!

Debbie, it is always so good to hear from you! xoxo