Because I felt ambitious last night instead of my usual knackered to within an inch of my life, I actually gave the quilt a start. 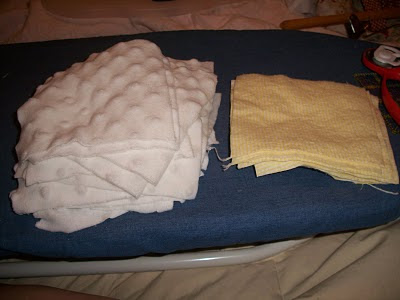 Then it was give it a rest, because if I keep working when I'm tired the mistakes accumulate faster than a powerful locomotive.

So it was back to it this morning when I was well rested less tired than last night.

Finished tracing and cutting the squares: 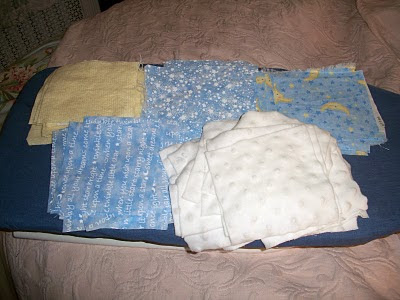 Laid an old cover on the kitchen floor and blocked out the quilt: 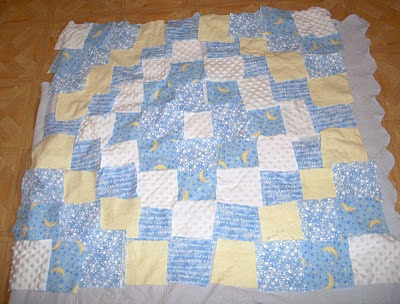 I roll it up as-is into the cover and will unwrap each row at a time:

Time to sew. This is where the magic happens: 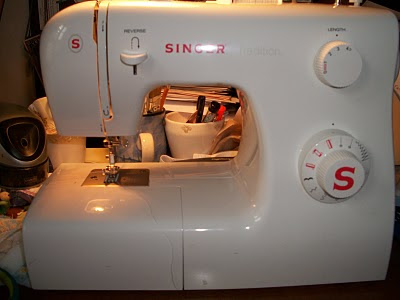 Now by 'magic' I am referring to several things. None of them involve any skill on my part.

* It is magic that I can even find the machine on my desk, it is so messy.
* It is magic whenever I can wind and install the bobbin, which suddenly and mysteriously clogs and ceases to work without rhyme or reason, in less than 30 minutes and without saying the F word a thousand times.
* It is magic when it sews anything properly as my machine is a POS. And I don't mean Point of Service.

So I moved on to pinning the first pieces together: 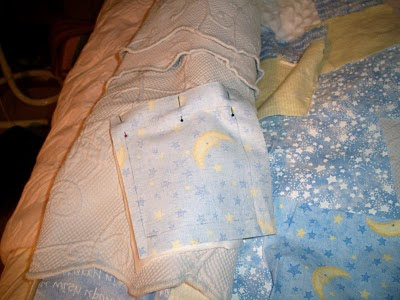 Had my most important tool handy: 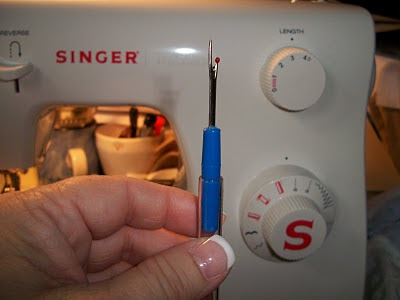 And began to sew: 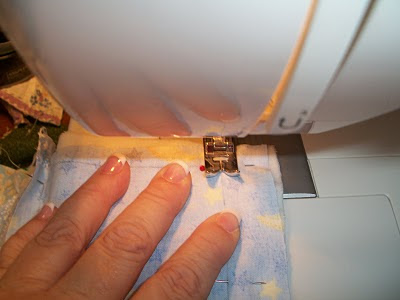 The first three squares are done: 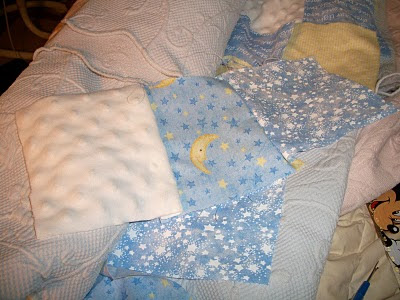 And finally, ta da, I have my first strip complete!

I need to go lie down for a while just thinking about it.