As Time Goes By 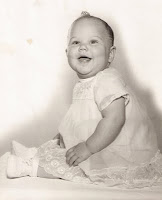 Three day weekend for me because…it's coming up on my birthday! I have added some pictures of me, before I got old-ish. Although I still look almost exactly the same. Really. I do. Alright, maybe not exactly the same, but I still have a head, two arms and two legs. So there is a definite resemblance. 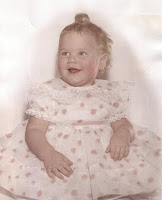 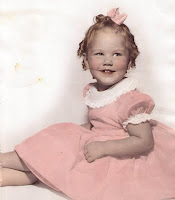 My girls, two of my dearest friends and I are going to celebrate this weekend at my favorite restaurant, Moonstruck, in Asbury Park. Next weekend my son and daughter -in-law have invited me to their house for brunch. So it will be at least a week of birthday fun!


I love my birthday!

I seem to be heading into a stage of my life when things are cycling around again. Long term friends, fantastic people, who had drifted away through time and busy lives, have been put right in front of me. Almost like birthday presents. It makes me nostalgic for the time that is past.

Several dear friends have reconnected through the internet, including my two oldest friends from growing up in New York. It is a joy to have them part of my everyday life again and the power of this medium never ceases to amaze me.

One friend, S. (I haven’t asked her if I could print her name, so I want to respect her privacy) actually just lives around the corner from me. When I could still walk around the neighborhood, we would run into each other, stand there yakking for a half an hour, swear we had to get together…and then never did.

S. is an ebullient professor of languages, smart, kind, funny and simply a joy to spend time with. I have thought of her so often, remembering when we were both pregnant with our now 23 year old daughters. How we saw each other routinely at mother’s get-togethers. Most poignant of all is thinking about the wonderful times we spent with our mutual, beloved friend Sheila, who we lost to cancer a mind-boggling 18 years ago. It seems as though it was just hours ago we all were sitting together over tea, so much love there, and so much laughter.

Well, out of the blue S. called me two weeks ago. It was the loveliest surprise. We had lunch together on her screened in porch, right on the lake. It was blissful, as though that corridor of years between then and now had simply evaporated. She has been put back in my life for some unknown reason and I am so grateful. I don’t even want to contemplate why. I just want to be thankful for the fact of it.

I have another friend I have not seen in many years. L. was one of the closest people I ever had in my life. We were movie partners, walking partners, laughing partners. Our families were practically blended. But through one thing or another we fell out of touch. For more than ten years.

At the supermarket the other day, Mary Kate and I were making one last pass through, remembered we needed canned cat food. There was a couple standing in front of the display and I was trying to look past them to get the best buy, when it registered. It was L. and her husband. It is remarkable to me that we live so close, yet this was the first time I ran into her. We hugged and she said the most beautiful thing: “I think of you every day.” I am so humbled by that. Who am I to be so important to someone that they think of me every day?

Marie,
Your blogs touch my heart.And this particular one reminds me to do a few things. 1st, to wish you a happy birthday on Monday, and 2nd, to pick up a pen and tell those people that I think about every day that I that they are important to me. It's something that they need to know. thanks for the reminder.

Happy early birthday. I hope you have a wooooonderful day :)

Beth, thank you for your good wishes and for your beautiful comment!!

Val, thanks so much!

Thank you both for stopping by and for your comments!!

Hi Marie, Happy imminent birthday! Your friends and fam are right to spread out the festivities; makes it seem even more special that way don'cha think?

I'll E-mail you my HTML prob. - maybe you'll see something that will be easy to fix. :-)

Thanks Webster! Yep, I love prolonged birthday celebrations! So much nicer than one measly day. lol

Isn't it nice to run into old friends and just pick up right where you left off?

Happy Birthday, Marie! Wishing for a wonderful year ahead!

Friendship is a funny thing... I have friends too where you can go without seeing them for years and then you can just pick up where you left off...and then there are others that you just can't do that with. Maybe that the test of a true friendship?

Have a great week and remember to ask for decent presents:)

Pricilla: I better fess up. Those cough, cough, cough's represented five years. I am 55 today, not a youthful 50 like you. :) Thanks for the birthday wishes!

LM: It is just the best thing to pick up like that. One of life's true gifts.

Manju: I think every year is wonderful. There are just bumps in the road. Or, in my case, craters. lol

Jane: I know I feel as though I have known you my whole life. I think we would be able to pick up in real life seamlessly.

Thank you so much for the card! I LOVED it, you sentimental thing you. A true 'Jane' moment: you are the only one, so far, who has used the word 'fuck' in my birthday greeting. No wonder I love you!! lol lol

I've always found that friends are not measured by how long you've known them, or how much time you spend with them, or even how many times they will drive you to the airport before telling you to call a darn cab (although that last one does have high predictive value). It's something else, and we recognize it when we see it, and it's always there when we re connect. I'm so glad to see you seeing it in so many.

So what about those prezzies gal? Forget that friendship stuff and lets get down to the material:) So perfume? Cds? Knickers? Double spread pin up of Pierce? Come on fill us in!!

IEDig is a social content website where your readers or you can submit content to. If you have a good story, members will 'Vote' the post and write comments. As a blog owner, you may want to make it easy for and encourage your readers to Visit on Your Blog.

Great post! This is very helpful. I'm sure I'd visit your site more often. Anyway, you can drop by my favorite online hang out too, at UK Student Community. Thanks!

Hope you had a very happy birthday. I have just found your blog and I will certainly be back for a visit!

I am just now getting caught up on your blogs and this one touched me. It touches a place within my heart b/c I have recently reconnected with friends from grade school who were an important part of my "growing years" helped me to become the woman I am today. It's a special bond b/c there are about 20 of us who chose not to have children. At times, I've thought maybe there was something in our parents waterline (lol) but have since found it wasn't the water but our own careers, self interests, selfishness, or lack of ability to produce a child. I love the way you convey how your daughters are your best friends, it's beautiful. And I'm happy that you have these wonderful friend back in your life. Don't forget to 'pick up that phone' and call ....that's the key that reopens the locked/jammed doors! :) Much love to you, always!
~g