I am posting this at the risk of alienating some people who matter to me.  However, I think the ones who matter most will get it and are smart enough to care.  It may come across as naïve or pompous or arrogant, but it is truly from my heart.
I know many good, kind and generous people.  People who love and honor their spouses.  People who have been proud and loving parents.  People who have a deep devotion to their church and to their God.  People who are generous to charities, committed to protecting the environment and are nice to animals.
With the presidential election looming, these same people, people I ordinarily like and sometimes admire and occasionally am related to, are frequently posting things like this on Facebook (I have not changed spelling or punctuation): 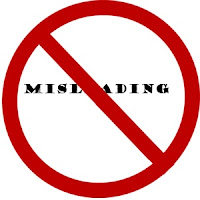 Reading these things is painful and embarrassing.  To me, these are prime examples of what is wrong with our current political process and why I despair of any solution.  People are not concerned citizens.  They are rage-filled, hate-spewing, knee-jerk responding citizens.   It is one thing to state your opinion about political issues, using facts, and alternately being open to someone else’s perspective.  It is quite another to state it is your way or the highway and then spout half-truths to flat out lies and not bother, or care, to find out what the facts are.
I was not a fan of George W. Bush, to say the least.  And I was not shy about saying so.  But I would never have endorsed a laughing reference to a dog urinating on his name, and by extension, him.  I would never have referred to Laura Bush as a ‘cow’.  I respected her as a dignified, educated woman who was devoted to her family.  Exactly like Michelle Obama. 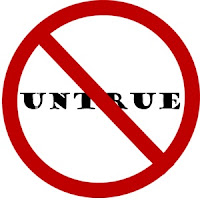 Many of these Facebook criticisms are distorted factoids.  The Obamas go to church.  Perhaps not every Sunday, but neither do a lot of otherwise very good people.  There are numerous images of them attending services at the beautiful St. John’s Episcopal Church, which is right behind the White House.  They have worshipped in other churches as well.
President Obama has a valid birth certificate and is a legitimate citizen of this country.  His birth announcement was  in several Hawaiian papers when he was born.  Do people really think a conspiracy could stretch back that far and be that widespread?  Come on.  Consider it from this base but true perspective: people are blabbermouths.  A secret like that would be just too juicy to keep. 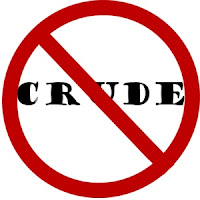 There are many more such mis-statements or attributions.  But my main point here is the lack of civility, the absence of reasonable, objective consideration.  It is bad enough to lump all Republicans or Democrats into labeled cubbyholes, leaving no room for compromise or discussion.  But to belittle people who hold high office, and doing the same to their unfortunate families, is simply unproductive disrespect.
I am no saint.  Search my blogs and Facebook pages and you might find the occasional snide political remark.  But I have become more uncomfortably aware that it is too easy to turn the tables on that sort of commentary, too easy to have it turned back on you.   Because they are cheap shots.  And I have become increasingly dismayed by the ugliness of the messages, on both sides, and the unfairness of them.  Especially, now, for me, the cracks about lazy, greedy recipients of Federal benefits. 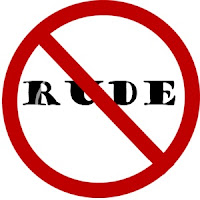 It is an important part of the democratic process to be openly critical when needed.  I do want politicians called on their actions.  Or inactions.  But called respectfully.  I want civil dialogue, not tit-for-tat sniping.  I want responsibility and caring for the future of America.  It is going to be an expensive future, without a doubt.  Being the best comes at a price.  But cost does not have to be financial hemorrhage.  Bipartisan, rational oversight of government programs can achieve responsible spending.
Why is everyone not demanding an end to the name calling, the mocking, the blame?  It distracts us from the true issues.  Michelle Obama ate an apple snack pie?  Ok, she is a champion of healthy eating and reducing child obesity.  But what was probably a 150 calorie snack was newsworthy?  It is shameful that non-incident was a focus instead of, say, profiling the Affordable Care Act, examining what parts work well and how it might be improved to make it a law that is not simply humane, but truly fiscally responsible.  There are a lot of smart people out there.  Imagine what could be accomplished if there was cooperation.  Instead, we have perpetual log jams of hostility over almost every problem facing our country.  Self-interest rules. The focus is on being right, not doing right.
Hannah Arendt called it the banality of evil.  Ordinary people who are ordinarily good can be capable of incredible hatred and dangerous, contagious animosity.  We have to get it together, America, with together being the operative word.   Will reason ever prevail?  Can anyone appreciate the power and dignity of respect anymore?  Civil discourse is our only hope for action that will benefit all Americans.  I am so afraid we are never going to get there.

You said it yourself, my dear: It distracts us from the true issues.

Why do or force something constructive when it is so much easier to do something destructive?

I keep saying that I am so very happy to be on the ass end of my life rather than on the beginning with the way the Roman Empire is heading right now. I'm sure you will understand....

Marie, you have some of the same type of "friends" as I on FB. I have "unfriended" several for that type of comment. Racism, sexism, ageism, or any other type of bigotry have no part in my world. If you scrunch over a little, I'll hobble up on that soapbox with you (just leave space for my walker.)
Peace,
Muff

Thank you for having the courage to speak up.

I deleted my FB account as of last night. It's a circus ride I do not want back on.

I knew there was a reason I loved all of you. :) Being reasonable, thinking human beings is one. Agreeing with me is another. lol


I am going to send this post to to my local lawmakers. I don't know if it will make any impact at all, but I think it is important to let them know how people truly feel. Enough already.

We have had the same sort of 'talk' during the French elections. So much ink is wasted on childish remarks. We need real political debate not name calling.

I never thought an apple pie could cause so much trouble.

Those kinds of post are common on both sides of the fence, and are not good for sure. While I don't like President Obama's politics, how he is enacting his politics, or how he is governing this great nation, he is our president, and we should respect the position if nothing else. Neither predominate political party is very good these days, both having, for the most part gone WAY to far to the extremes and way to far away "from the people, of the people, and for the people".

I just "unfriended" an old high school acquaintance who kept posting anti-Obama comments. Not what I want to see when I check in with friends.

Don - you are right, we can express our opinions without being vile. We need more people to stand up and say enough is enough, we want our legislators to keep the best interest of all Americans in the forefront. But we are already too busy simply surviving. :(

Boom Boom - SO good to see you!! I agree, if I know what my friends politics are, I am especially careful to be respectful. I try to be respectful in expressing my own opinions. Why perpetuate the ugliness?! That is what has gotten us into this quagmire or special interests and hatred.

Thanks, everyone, for your thoughtful contributions!!