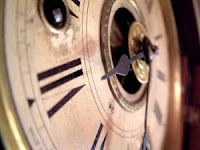 Where is the time going? It seems as though it simply slips through my fingers and the next thing my children are grown and I am 56 and I wonder how on earth did this happen?

It was only yesterday I was a student in nursing school with four children and a husband. I went to school, managed the kid’s schedules, came home and made dinner for six every night, got the kids washed, homeworked and into bed and then studied myself.

I loved nursing school, even though it was unbelievably stressful and my instructor had singled me out for particular torture, always assigning me the sickest patients and holding me to impossible standards, criticizing everything I did. She couldn’t change my 4.0 average, though, or the fact that I had so much fun with my classmates or the affirmation I received from other nurses who worked with us. So on the whole, I loved it. And the homefront juggling? It just went with the territory, I didn’t think about it, I just did it.

I got my first job, like many new nurses, in a long term care facility. It was just a few blocks from the house, so I walked or rode my bike most days. I fell in love with my patients, 30 souls in varying stages of dementia. Some were silent and vacant, some anxious and frightened, some were simply cheerful and forgetful. The ones who had the worst dementia were always looking for their mothers. We had many patients who were from Scotland and would come to me wringing their hands in distress, telling me their mother was waiting for them in Edinburgh, or Aberdeen, or Glasgow, and they were late and could I please show them where the bus stop was. It is against the law to medicate these people enough to truly relieve their anxiety, so they spent their days miserable and worried. I started telling them I had gotten a message to their mother, or sister, or father, saying they would be late. It always calmed them down. Until they forgot again.

For my hard of hearing patients I made signs. Mary had been a nanny for her whole life. Something had apparently happened to one of her charges, although I never got the straight story because she would put her finger to her lips and say “Shhh! No one must know!”. From the pieces of her story that made sense, it may have been that the child drowned, but also maybe not. However, she obsessed about it. She was very deaf so when she came to me crying, I would hold up three signs I had written in big block letters and covered in plastic. I would flash them one by one as she slowly read them out loud in her Scottish burr, tracing the words with a finger: “Mary, calm down”, “Everything is alright”, and “I love you”. When she got to the last one she would always burst out laughing and hug me and say “Oh, dear, I love you too.” And she would be fine. For a few hours.

Sally was ambulatory and would sit on a chair at my desk saying over and over in a quiet cry “Help me. Help me. Help me.” She got a “You are safe” sign, that I put in her hands. When she remembered to look at it, or when I reached over and moved it into her vision, she calmed down for a little while before starting again.

I had great co-workers and became especially close to the Assistant Director of Nursing. It was she who appeared, looking absolutely stricken, in the door of the room where I was giving out meds one December morning. “Something happened?” I asked, thinking a patient had fallen. She nodded. “It’s not the kids.” she said. And I knew.

So then we were five. My husband had had a heart attack and was buried two days before Christmas. In a panic, I worked three jobs that first year, the nursing home, teaching childbirth classes and working part time for my pediatrician. I got a job as the nurse at our local newspaper and began my business career, working my way up the corporate ladder until I was in executive management in the healthcare field. I raised my kids, bought my own house, traveled, went back to school and got my Master’s and was happy, happy, happy.

When I noticed the numbness in my hands and feet, I didn’t think much of it. Maybe a pinched nerve. I never dreamed it meant losing everything I had worked for. I never imagined it meant a crippling, incurable illness.

Ok, so now I see that’s where the time has gone! Someone once told me about babyhood that the hours were long but the days were short. I think that is true for life as well. All these things took hours and hours to happen, but seem to have gone by in a flash.

I no longer work, although not for lack of trying. All the things that come with a generous paycheck are slipping away. My house will be gone soon, I cannot pay for it and I cannot take care of it anymore. I, who whirled through these years with the confidence of no boundaries, rarely leave the house. I can only wait and see where the future time will go.

Oh Marie. This post breaks my heart :( I don't have any words. I just think you are incredibly brave, and a beautiful person, and I am praying for you.

You certainly gave it everything you've got.

You never know, you might find a smaller house that you will love just the same. A year ago if you'd have told me we'd have to sell our house and leave, I'd have been horrified. Today I'm looking forward to a fresh start very soon in a new home

Sometimes life just sucks. But out of it can come some great surprises. Never stop looking for them.

Fist of all, let me just say that you are a rarity that I've never seen in my more-than-fair share of visits to the nursing home. Secondly, I hope at least one of your kids is caring enough to help YOU out in your time of need. What a wonderful post, Marie. And I agree with Pricilla about great surprises.

If I had left this comment yesterday I would have been much more cynical but today I am seeing the silver lining and all the possible good that can come out of it. First of all you shared this and that can do a world of good. I would suggest adding a 'donate' button to your site so people can offer help that might make a real difference. I would be honored to give what I can and I know others would too. Each alone might not amount to much but the internet is a powerful thing and together great things can happen.

I was touched my your stories with the dementia patients. It is about addressing the fear or insecurity rather than correcting the story. I so cringe when I hear people re-iteratively challenging the story of the confused one rather than finding a way to emotionally reassure them.

About the stripping down of life -- my hope for you is that it can be reassembled in a new way that supports what you need. That's what I'm aiming for. I never thought I'd be on disability before paying off the Masters degree. Or short selling my condo, that's no longer suitable for me, since it's worth radically less than I paid for it. Ack.

Sorry that it feels so bleak right now. Am wishing for something hopeful for you to grab onto.

Thank you all for your warm and thoughtful comments.

Val - Thank you for your prayers and your kind words. :) Thanks so much for stopping by and for leaving a comment.

Anji - Thank you for reminding me there could be something good down the road. Good luck with your own move, my friend.

Pricilla - you are so right. C. S. Lewis wrote "Surprised by Joy". I need to re-read it. Thank you. xoxo

Margaret - I just loved those people. It was easy to take good care of them, it was so rewarding. My daughter who lives with me is very helpful, so I am grateful for that. Thanks for your kind words about the post. :)

Jen - I have so much respect for your ideas. I will give some thought to the donate button. I just worry it would be seen as grubbing or tacky. Thank you for being such a good friend. :)

Donna - it is so good to see you here!

With my patients I could never see the point of trying to talk them out of something that was absolute reality to them. If a simple sentence made them feel better, it only seemed right to do that.

Thanks for your good wishes. :) I know you have an particular understanding of what I am going through.

Again, thank you all for your good thoughts and encouragement. I am so grateful to know each of you.