For me, since I found out I had MS, January has been Jackie’s Month.

Jacqueline du Pré was born in January 1945 to a musical family, but of all of them, she was special. She was a genius as a cello player, a prodigy. Her passion and unique style raised eyebrows but made classical music cool in the late sixties.

Here is Jackie playing Elgar, conducted by Daniel Barenboim, who was her husband. It is magical.

She found out she had MS around 1970, when she was 25. By the time she was 28, she could not play anymore. That fervor, the contagious delight of making music and the excitement she generated doing it was done. She died when she was 42. 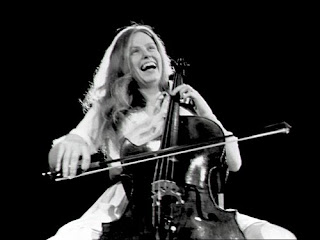 Where she went and where I’m going: 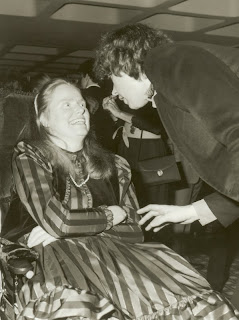 I am excruciatingly aware there are other bad things that happen to people. Because they’ve happened to me as well. I lost an eye in an accident at 4. I had to have my shoulder replaced because of a fall. There are other terrible diseases out there.

So I say this for all of us. Life is like a tunnel. There is before diagnosis, behind us, where there was some light. And then there is after, ahead of us, dark and unknown. It is the unknown, along with the daily struggle to dress and walk and bathe, that causes a howl of injustice inside your head. A shriek of grief so primal, you can never let it out.

This clip from the film about Jackie and her sister portrays it perfectly. She looks down the tunnel of her room, staring into her past life, represented by the dress, which further taunts by moving effortlessly. This few minutes of film captures what it feels like every time you remember once again you have Multiple Sclerosis.

Hi Marie,
Happy "Jackie's Month" to you! Great blog you have here, seems like a huge project!